Who Dares To Take The Road Less Traveled?

In yet another toxic example of Donald Trump's cultural insensitivity, the January 3rd murder of Iran's Major General Qasem Soleimani quickly backfired. Huge demonstrations by angry mourners in Tehran who viewed the military strategist as a national hero resulted, once again, in chants of "Death to America." Trump's supposedly solid reasons for the timing of the fatal drone strike quickly imploded, especially when it was revealed that he had given his approval to the action nearly seven months prior.

Ironically, the news of Soleimani's death was soon overshadowed by the Iran military's tactical error in shooting down Ukraine Airlines Flight 752 on January 8th with not one, but two surface-to-air missiles. As Rick Perry would say: "Oops."

Many still remember the fatuous arrogance with which Vice President Dick Cheney boasted that, during the 2003 invasion of Iraq, American troops would be greeted as liberators. Never mind that the 9/11 bombings had been executed by Saudis and Iraq had not been involved in the attacks on the Pentagon and World Trade Center. Forget about the cultural cluelessness of the Neocons. Or the socially tone deaf assurances by Karen Hughes that the whole mess could be resolved with a well-funded public relations campaign. Perhaps that's how we ended up with the breathtakingly incompetent Jared Kushner in charge of resolving the current Middle East conflict.

Warren's surgical strike was loudly cheered, in no small part because she had punctured a hole in the double standard which forces so many women to work so much harder than men to make themselves be heard, taken seriously, and gain approval. It also served as the perfect response to a recent meme that states "Instead of wondering if a woman could handle being President, perhaps we should wonder if a President could handle being a woman." 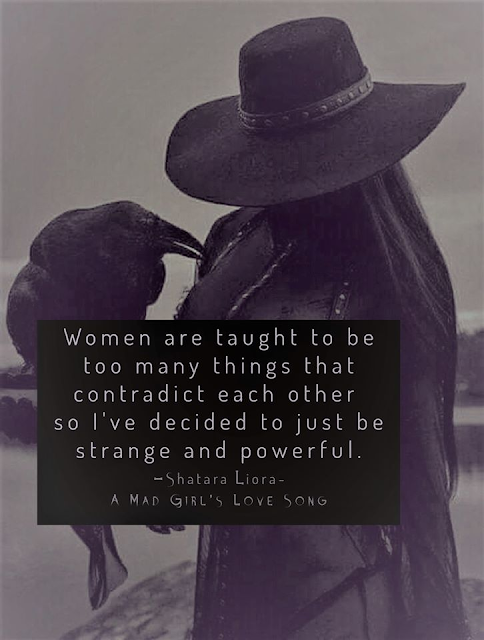 * * * * * * * * *
The Marin Theatre Company recently presented the Bay area premiere of Heather Raffo's controversial drama, Noura, in a co-production with San Francisco's Golden Thread Productions. In the following half-hour video, the playwright and GTP's artistic director, Torange Yeghiazarian, trace their cultural heritage back to Iraq and Iran, discuss Iraq's longstanding reputation as a cultural melting pot, and analyze how and why a play like Noura focuses a multilayered and multicultural spotlight on an immigrant woman's attempt to juggle her family obligations and professional skills with her personal aspirations as she struggles to retain her cultural identity while assimilating into American life.


Raffo's drama received its world premiere from the Shakespeare Theatre Company in Washington, D.C. in February 2018. MTC's production stars the beautiful and exquisitely talented Denmo Ibrahim in the title role (full confession: Ibrahim is the kind of gifted artist I'd be willing to sit and watch recite the phone book). Her portrayal of Noura captures the character's conflicting impulses between trying to stay true to the culture in which she was raised and relinquish some of its grip in order to adjust to life in the United States (a much more difficult challenge for Noura than it was for the Old Lady in Leonard Bernstein's 1956 operetta, Candide).


When Noura's husband, Tareq (Mattico David), became an American citizen eight years after the couple fled their home in Mosul and was able to obtain U.S. passports for himself, his wife and their son, he unilaterally decided to Americanize their names. Instead of Tareq, the name on his passport is Tim. Instead of Noura, the name on his wife's passport is Nora. And instead of Yazen, his son's name became Alex. Although this was done for purely pragmatic reasons (to avoid being hassled whenever they were asked for identification or passed through U.S. Customs upon returning home from foreign travel), Noura feels as if her identity as a proud Iraqi is being stripped away from her. In her program note, Torange Yeghiazarian explains that:


“Noura is the story of an architect without a home. In her nod to A Doll’s House, Heather foregrounds a professional immigrant woman’s inability to fulfill her full potential. What holds her back (unlike Ibsen’s Nora) is not middle class frivolity, but the haunting of a land destroyed before her eyes. Can you imagine watching your birthplace obliterated on television? What might that do to your psyche and your ability to function in society?”

“Heather’s deep dive into the psychology of displacement is as emotionally unsettling as it is mesmerizing. We watch the thoughts and emotional shifts Noura experiences reflected in her living space, as if her house were an iridescent shell that hides and protects her but also reveals her ideas of home and identity. These ideas shift throughout the play as she negotiates her secrets and longings. It is the immigrant’s life: so much left behind but not forgotten.”


Old cultural standards are difficult to abandon. For deeply personal reasons, Noura has gone out of her way to sponsor a 26-year-old Iraqi refugee named Maryam (Maya Nazzal), who was raised alongside Noura in an Iraqi orphanage run by Christian nuns. Eagerly looking forward to Maryam's visit during the Christmas holiday, Noura is shocked and horrified when Maryam shows up unwed and six months pregnant.


The reasons for Noura's investment in Maryam's future is, of course, the play's big reveal. But in the course of adjusting to the shock of Maryam's full embrace of American individualism, Noura discovers that, even after 20 years of an interfaith marriage, her own husband can't let go of his deeply ingrained belief that Noura was, is, and will always be a slut. Like many macho men, Tareq is completely unaware how keenly his dominant behavioral trait paints him as a major asshole.


The cultural conflict Noura experiences becomes even more painful when she learns that Rafa'a (Abraham Makany), her only remaining friend from her life in Iraq, is thinking of relocating to California -- perhaps to be closer to Maryam. Equally distressing is the impact Noura's ultimate decision might have on her child (Valentino Herrera).


Working on a handsome unit set designed by Adam Rigg (with costumes by Anna Oliver, lighting design by Kate Boyd, and sound design by Nihan Yesil),
Kate Bergstrom has directed Noura with a deep sense of compassion for a woman torn between the traditions of her old world and the modern freedoms of the New World. Ably supported by Mattico David, Maya Nazzal, Abraham Makany, and Valentino Herrera, Denmo Ibrahim gives a powerful performance in the title role. While Noura's final decision is anyone's guess, the challenges she faces will follow her throughout the rest of her life. As the playwright explains:


“Although the Chaldean community in Iraq predates Christ, they were some of the first to convert to Christianity and therefore have existed as a connected community for almost 2,000 years. In villages surrounding Mosul, Christians still speak a dialect of Aramaic. Even through Iraq’s many wars, Iraqi Christians felt they had a home in their country, that they were part of an ancient melting pot of many ethnic and religious minorities. Even if they were living outside the country, Iraq was the home to which they might someday go back. But when ISIS overtook Mosul in 2014, many Christians felt Iraq was simply no longer a place they would belong. I had almost 100 family members in Iraq at the start of the 2003 war. By 2018, I had just two cousins living there (my family scattered across the world). Yet, because of my family’s strong connection to the country, I felt I had an identity that would still be part of the fabric of the place. I feel now that much of that identity is being abandoned. Many of my links are being severed."

“Iraq had a society with shifting tensions throughout its history, but communities managed to live side by side for centuries. They have gone from a society where Sunnis and Shia were often intermarried, where it was impolite to ask your neighbor what religion they were, to an Iraq almost completely segregated by neighborhood. Noura finds herself at a crossroads, wanting to do something entirely visionary that may cost her everything. She is an architect and a refugee, trying to construct a world where she can stop living in exile from herself. How can we embrace our own individuality while upholding a multifaceted identity? How do we pursue that very necessary sense of belonging without turning tribal? We need an entirely new lens and framework that is perhaps less vertical in vision, perhaps a more horizontal intersection between men and women, individual and community.”

Posted by geoheymont at 7:08 PM No comments: